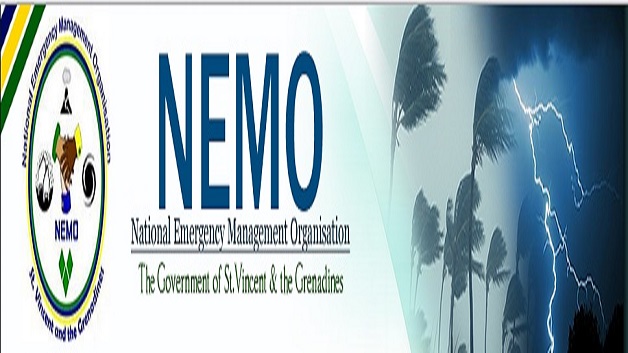 The National Emergency Management Organization (NEMO) is reminding the public that based on data collected over the years, the months of October and November are usually the two months of the hurricane season with record number of heavy rainfall and landslides.

NEMO says information received from the St. Vincent and the Grenadines Meteorological Services indicates that scattered showers and a moderate chance of isolated thunderstorms are possible tonight into Tuesday as a tropical wave and its trailing instability affect St. Vincent and the Grenadines. Sea conditions are also expected to deteriorate as the islands experience strong wind speeds of up to 40 km/h from late today, Tuesday October 4th.

A stronger tropical wave will approach the region on Wednesday and this could result in isolated thunderstorms activity and showers across St. Vincent and the Grenadines as the day progresses and continues into Thursday. Total rainfall accumulations of 2-3 inches are forecast up to 8pm on Friday.

The National Emergency Management Organization is urging residents to step up their preparedness as soils are already saturated from the heavy rainfall over the past two weeks. Persons living in areas near rivers and streams are asked to be vigilant and be prepared to evacuate at short notice if it becomes necessary.

Residents of the red volcano hazard zone are asked to monitor the rivers and streams and avoid crossing them during heavy rainfall. Small craft operators, sea bathers and persons living in the coastal areas especially on the eastern coast should exercise caution and be prepared for rough seas and above normal swells especially Tuesday night into Wednesday.