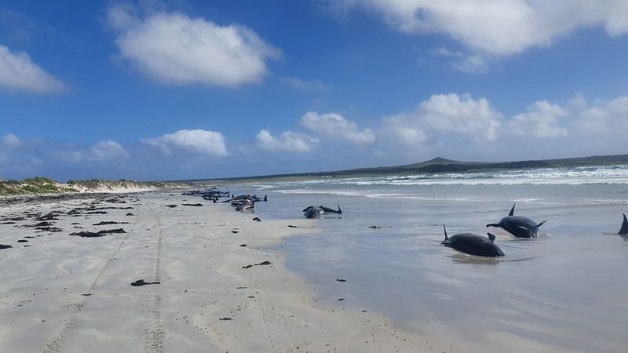 Conservation officers said they were notified about the incident on Sunday but by the time they reached the location, only a few of the animals were still alive.

In total, 97 whales and three dolphins have died.

It is unclear what caused the stranding on the islands, which are 800km east of New Zealand.

Jemma Welch, a ranger at the country’s Department of Conservation (DOC), said in a statement that 26 stranded animals were put down because of rough sea conditions and the “almost certainty of there being great white sharks in the water which are brought in by a stranding like this.”