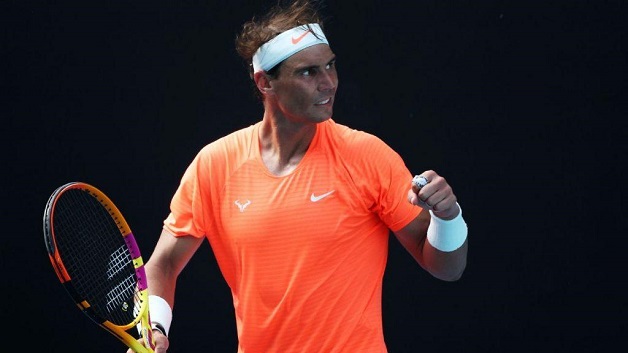 Nadal will face Stefanos Tsitsipas in the last eight on Wednesday.

The Greek fifth seed was handed a walkover win in round four after Matteo Berrettini of Italy had to withdraw because of an abdominal injury.

Nadal’s victory means he has reached a Grand Slam quarter-final for the 43rd time, going on to win 20 titles, although his only success in Melbourne was 12 years ago over Roger Federer.