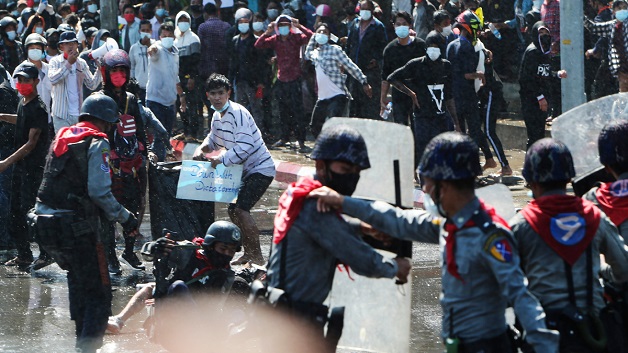 Police in Myanmar have fired rubber bullets during a demonstration in the capital, as thousands defied a ban on protests.

Water cannon and tear gas have also been used against protesters, but reports of live bullet usage are unconfirmed.

One woman is in hospital in a critical condition with a head wound.

Protesters are standing against a coup that removed the elected government last week.

It is the fourth day of consecutive protests. A ban on large public gatherings and night-time curfews has been instigated in some cities, with the military’s leader warning that no-one is above the law.