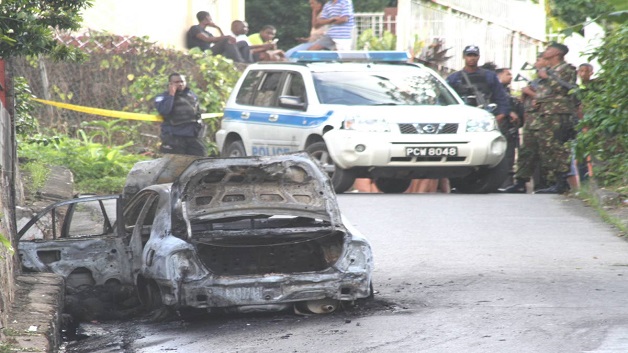 With the murder on Monday of a 14-year-old high school student, the murder count in Trinidad and Tobago for 2018 already stands at 21.

Two other occupants of the vehicle, both also students at Morvant Laventille Secondary School and friends of Andrews, were also wounded in the vicious and brutal attack.

Police reports state that the vehicle was riddled with bullets, which hit the petrol tank and the vehicle burst into flames trapping the occupants in the vehicle until help arrived.

Cabinet ministers and other officials visited the school and met with students who were shocked and stunned at the loss of their friend, the Trinidad Express reported.