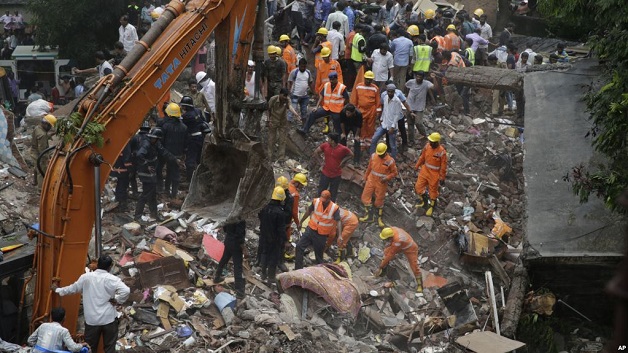 At least 11 people have died and 24 others have been rescued after a building collapse in Mumbai, India.

A six-storey building toppled over in India’s financial capital yesterday.

The building in the densely populated Bhendi Bazaar area was believed to be about 100 years old.

According to BBC News, ambulances, fire engines and members of the disaster relief force are still working at the site.

Mumbai is recovering from heavy rains and flooding.