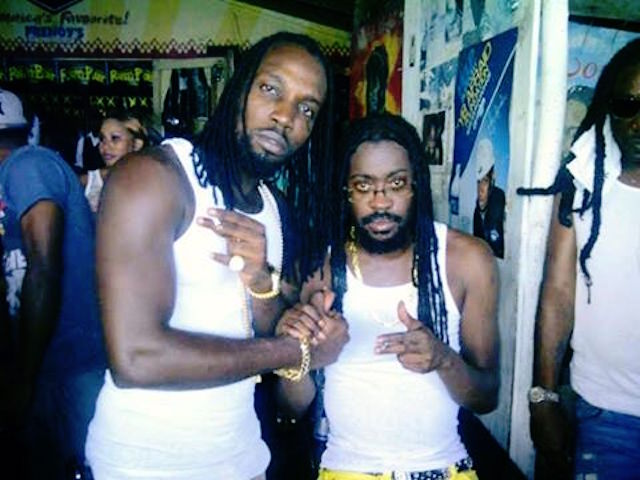 Mavado and Beenie Man have not made peace despite rumors on social media claiming that the two deejays hash things out.

According to Urban Islandz Reports surfaced earlier this week claimed that the two dancehall giants spoke with each other and was even spotted hanging out at a popular dancehall session in Kingston last weekend.

Sources close to the two deejays told Urban Islandz that did not happen. “Mavado and Beenie never spoke with each other and the photo circulating is an old pic,” sources said.

Unless you have been living under a rock for the last couple of months then you would have known that Beenie Man and Mavado have been trading lyrical blows.

The feud started over a single Mavado released last summer title “Money A Di Right Ting” where he sings “Better of them chill like the Doc and go simmer.”

Beenie Man didn’t took that too well and responded with a diss track not long after title “Think Mi A Simma” featured on the DJ Frass-produced Wild Wild West Riddim.

Pan Caribbean Partnership Against HIV and AIDS to meet in Trinidad