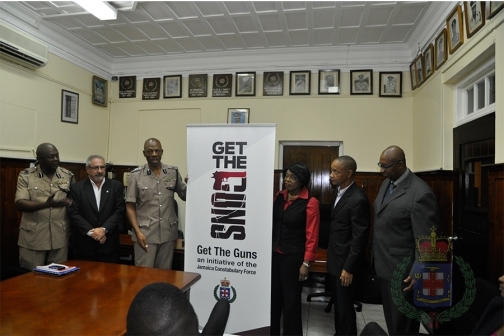 Members of the Jamaica security forces reportedly seized a total of 13 guns over the last week under the ‘Get the Guns’ campaign.

According to the Jamaica observer, the Police High Command says the guns were seized during a series of operations across the island.

The latest find has pushed to 95 the total number of weapons recovered under the initiative that was officially launched at the Office of the Commissioner of Police on Thursday, September 17th.

The campaign, which was first announced in July this year, is geared towards significantly reducing the number of illegal guns and ammunition in Jamaica.

It involves, among other things, intercepting illegal guns entering the island’s shores and seizing them from criminals.

Ministry of Health holding a workshop on self care management for persons with chronic...

A training workshop on the OECS – Organs, Functions and the Operationalization of the...