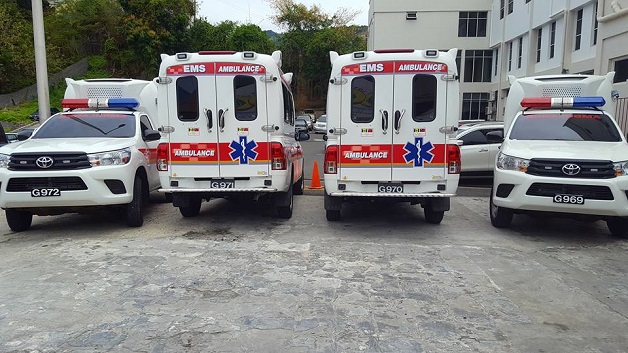 Efforts to improve the delivery of health care services here received a major boost on Monday March 20th 2017 with the handing over of four new ambulances to the Ministry of Health, Wellness and the Environment.

The ambulances, valued at some 500 thousand dollars, were donated by the government of Taiwan as part of its ongoing bilateral relations with this country.

In accepting the donation, Health Minister, Luke Browne, said the ambulances will be placed strategically to ensure maximum benefits to the people of St. Vincent and the Grenadines.

Minister Browne said they would be placed in Stubbs, Sandy Bay, Chateaubelair and Georgetown.

He added that the ambulances would be dispatched with a driver, male attendant, a registered nurse and a doctor depending on the nature of the call.

According to NBC News, Minister Browne said efforts are also being made to improve the capacity of emergency response personnel.

Usain Bolt says retirement will be a joy as he prepares to hang up...