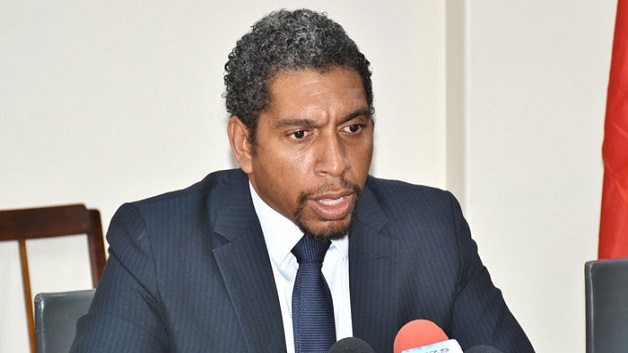 Minister of Finance Hon. Camillo Gonsalves has addressed reports that residents of Mayreau were questioning the progress of the Salt Whistle Bay temporary protection works and suggesting that they may resume putting conch shells along the coast. The Minister has however advised against this.

“I am asking again that residents refrain from doing that, as it will delay the actual work on the project, shells will have to be removed before the preparatory works and the placing of the geotextile layer.” Gonsalves said.

Minister Gonsalves provided images of the contract that had been signed Klectric on July 7th 2020 and said that work had been delayed by a week due to circumstance beyond anyone’s control. He assured that the project will be complete by September.

He said that the most efficient thing that can be done right now is to allow the professionals to plan and mobilise properly.