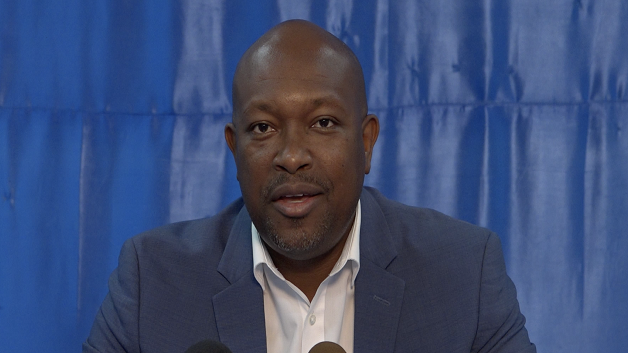 Minister of Agriculture Saboto Caesar has expressed the utmost confidence in the farmers of St. Vincent and the Grenadines.

Minister Caesar was at the time discussing the issues facing the nation’s Agriculture sector, noting that production was not one of the issues the sector had to contend with, touting the resilience and production capabilities of SVG’s farmers in the face of adversities such as hurricane Tomas, and explosive eruptions of La Soufriere.

Minister Caesar made note of the resiliency the nation’s farmers had shown in the past.

“Coming out of Hurricane Tomas in 2010, farmers went straight back to the field. In the middle of eruptions of La Soufriere you had men still waking up, going to their lands. We have a very resilient cadre of food producers in St. Vincent and the Grenadines,” the Agriculture Minister said.

Minister Caesar however raised the issue of farmers receiving fair payment for their hard work and dedication. He said following years of talks on the issue, this year, the Government will be working with farmers and traffickers to have the issue addressed.