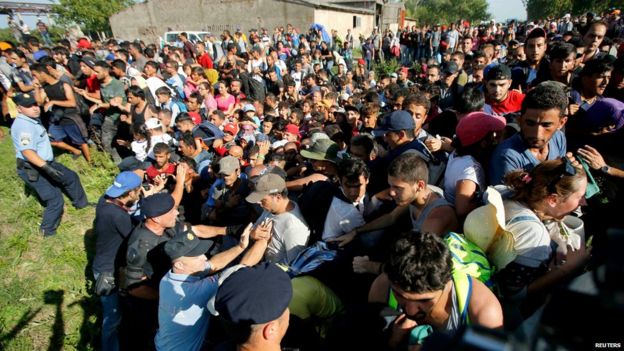 Crowds of migrants briefly broke through riot police lines at Croatia’s border with Serbia today, as the EU struggles to deal with the mass movement of people on its southern borders.

According to the BBC, Croatia is struggling to deal with at least 7,300 arrivals since yesterday morning after Hungary closed its border with Serbia, blocking the previous route into the European Union.

EU leaders will hold an emergency summit next week to discuss the crisis.