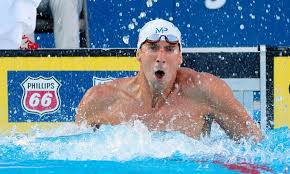 Olympic great Michael Phelps swam a third 2015 world-best time in as many days in the 200m individual medley at the USA National Championships.

The 30-year-old, excluded from the World Championships by USA Swimming after a drink-drive conviction, won in one minute 54.75 seconds in Texas.