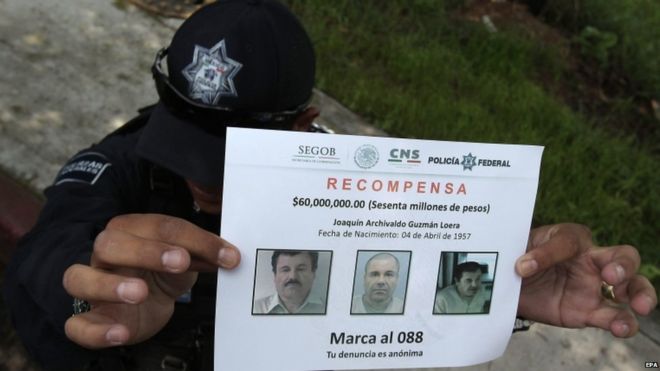 Four Mexican officials have been charged with aiding the escape of the notorious drugs lord Joaquin “El Chapo” Guzman from a maximum security prison.

According to BBC News, two are members of Mexico’s secret service who were based at the prison, while the others were control room employees who should have monitored his cell.

They are accused of not raising the alarm once Guzman had escaped.

Guzman escaped in July through a tunnel in his cell that ran 1.5 kilometers to a building outside the prison walls.