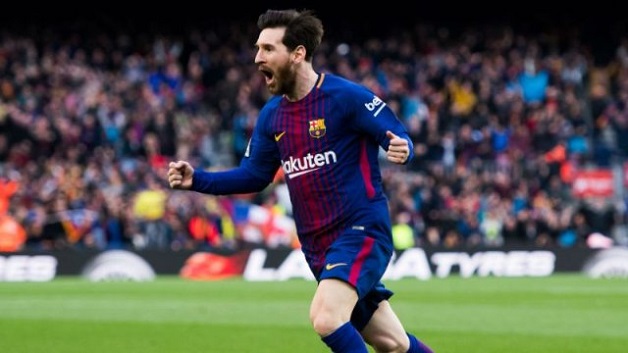 Barcelona struck what will surely prove to be a decisive blow in La Liga’s title race on Sunday afternoon, establishing an eight-point advantage over nearest challengers Atletico Madrid with a 1-0 win at the Nou Camp.

Although the victory came by the narrowest of margins, it was a fully deserved success for the home team, who managed to create several decent chances to add to Lionel Messi’s magnificent free-kick after 25 minutes against a stubborn Atletico defence that has only conceded 12 goals in 27 league games.

The winning goal was also the 600th of Messi’s career.

According to BBC Sports, the closest Barca came to a second goal was the unlikely route of a fierce left-footed volley by the excellent Sergio Busquets from a corner, forcing visiting keeper Jan Oblak into a smart reflex save.

Rihanna & Royalty to be featured on Chris Brown’s new album