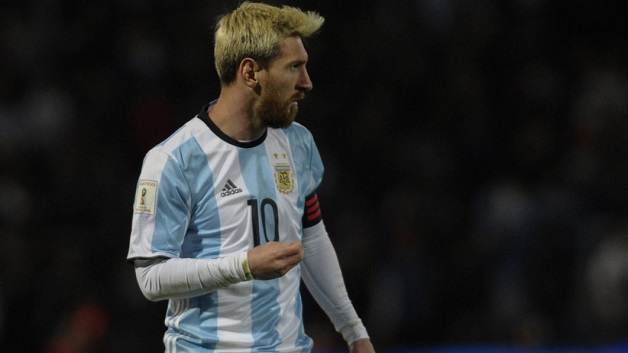 Argentina’s hopes of reaching next year’s World Cup were given a huge boost on Friday after FIFA overturned Lionel Messi’s four-game ban for swearing at an assistant referee.

FIFA said there was not enough evidence to support the stiff punishment meted out in March to the 29-year-old Barcelona striker, who is central to Argentina’s faltering bid to get to Russia 2018.

Football’s governing body said its appeal committee sided with a challenge filed on Messi’s behalf by the Argentine Football Association (AFA) and lifted “the sanctions imposed on him as a result”.

“Despite the fact that the FIFA Appeal Committee considered Lionel Messi’s behaviour as reproachable” it concluded “the evidence available was not sufficient” to justify a four-game international ban.

The ruling also means Messi will be spared the 10,000 Swiss francs fine.

The superstar was originally found guilty of “having directed insulting words at an assistant referee” in a World Cup qualifier against Chile which Argentina won 1-0 thanks to a penalty from the Barcelona hitman.

Argentine football officials conceded that Messi’s foul-mouthed tirade was wrong but argued that FIFA’s sanction was disproportionate and politically motivated.

Argentina desperately need their star because they risk failing to qualify for the World Cup for the first time since 1970. They have won only one of eight World Cup 2018 qualifiers played without Messi, compared to five out of six won with him on the pitch.

They are fifth in World Cup qualifying in South America, with only the top four earning automatic places in Russia.