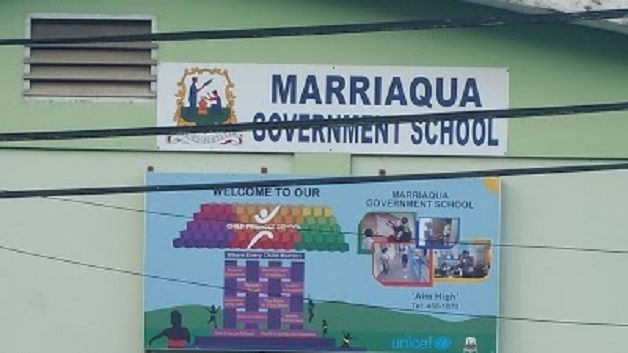 The Ministry of Education, National Reconciliation and Information in conjunction with National Insurance Services (NIS) held the annual Public Speaking competition for Grade 5 on Tuesday, March 27, at the NIS conference room.

Jemariah Diamond of the Marriaqua Government School won the competition and also took the prize for the best prepared speech.

The topic for the Prepared Speech of the Public Speaking competition was: “Dancehall music is contributing towards the increase in violence among youths in the Vincentian society. How far do you agree?”

Second position went to Ginniek Shallow of the Lower Bay School who also won the best impromptu speech – on the topic, “If I ruled the world.”

Third place was awarded to Rosashia Shortle of the Lowmans Leeward Anglican and fourth, Rolando Lewis of the Diamond Government School.

Senior Education Officer of Primary Schools, Joycelyn Blake-Brown in her remarks said that the young people have a voice and should be encouraged and guided.

The Senior Education Officer said “public speaking is an art, it must be practiced and that the competition should make an impact on the lives of the students at all levels.

Representative of the NIS, Sharon Ashton said co-sponsoring the event for the 15th year attests to the NIS’s commitment to ensuring that the primary school students participate fully in civic and democratic life and to contribute towards the upliftment of the society.

The other schools that participated included: The Argyle Primary, Fancy Government and the Paget Farm Government.