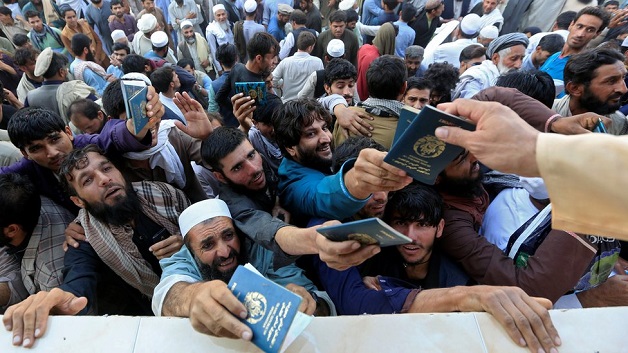 At least 11 women have been killed and many more injured in a stampede in a stadium in Afghanistan where people were applying for visas, officials say.

The incident happened after “thousands of people” gathered to request permits to Pakistan, a spokesman said.

The crowd had been redirected to a sports stadium instead of the usual visa centre in the city of Jalalabad.

Visa applications to Pakistan have just resumed after a seven-month pause due to the COVID-19pandemic.

1,000 officers in nationwide raids in Trinidad