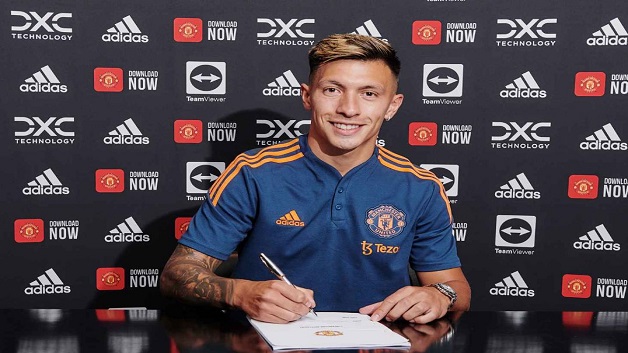 Manchester United has completed the signing of Argentina defender Lisandro Martinez from Ajax in a deal worth up to £57m.

United manager Erik ten Hag was keen to be reunited with the 24-year-old, who he signed for Ajax in 2019.

He joins the club on a five-year contract which keeps him at Old Trafford until 2027, with the option of a further year.

“I’ve worked so hard to get to this moment and, now that I’m here, I’m going to push myself even further.”

Martinez made 120 appearances for Ajax after moving from Argentinian side Defensa y Justicia for £6.3m in 2019, and also played for Newell’s Old Boys.

He has won seven caps for Argentina since making his senior debut in March 2019, and played once in the country’s successful Copa America campaign in 2021.