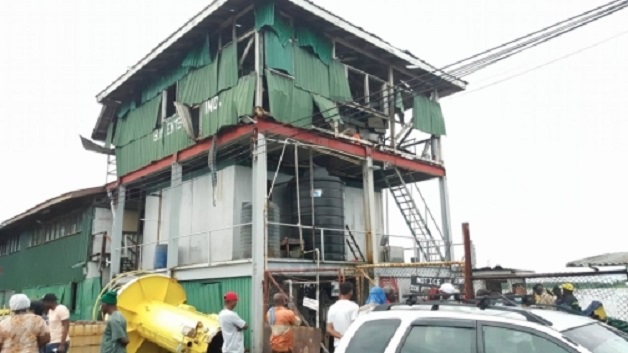 One man was killed and another injured in Guyana when an explosion rocked an ice plant located on the East Bank Demerara shortly before 11:00 am on Sunday.

The police report that the men were repairing the plant when the incident occurred.

The dead man has been identified as Bhagwandie Lall. The injured man was rushed to the Georgetown Public Hospital.

“They were doing welding explosions and apparently the gas was in the atmosphere with the heat and there was an explosion and the person who actually was doing the job fell and broke his neck and he got some minor burns,” Divisional Fire Officer, Compton Sparman told reporters.

The men were in an elevated area at the plant when the explosion occurred, ripping out the zinc walls of the plant.

The ice factory is located on a wharf and usually caters for fishermen coming in from the sea.

Drakes To Take CWI To Court After Dismissal