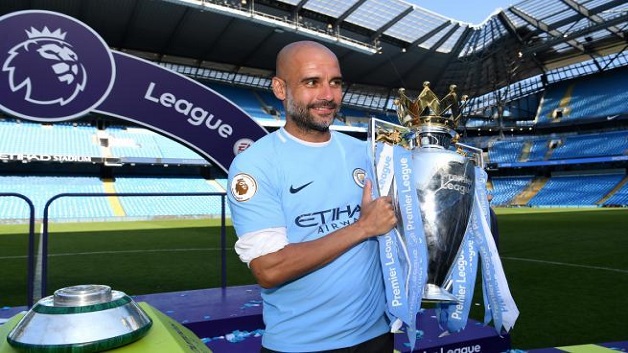 Manchester City boss Pep Guardiola has been named the League Managers Association manager of the year.

His side also claimed the League Cup, beating Arsenal 3-NIL in the final at Wembley.

Ex-Barcelona and Bayern Munich boss Guardiola beat off competition from five other managers to win the prize.