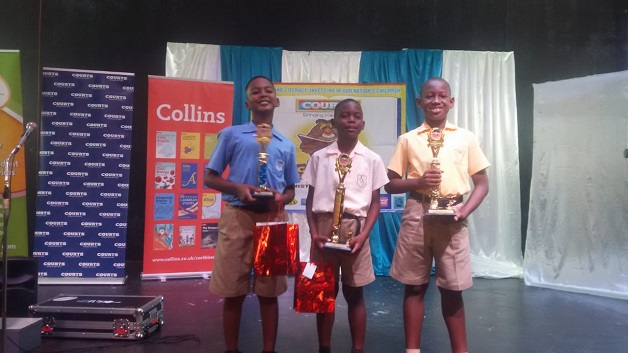 The Kingstown Anglican Primary School topped the 6 other schools, to become the winner in the competition.

Representing the School was Raychad Arrindel, who received a cash prize of 1500 dollars, the winning trophy compliments OSV, a Kindle HD Fire from Searchlight Newspaper, a gift from LG Sales, Books from JuJube, a prize from Medex and an opportunity to read a News Segment on SVG Television. In addition, Arrindel’s School will receive $1000.00

Each of the Student also received certificate of participation and consolation prizes from Courts St.Vincent.

The winner of the competition, Raychad Arrindel will travel to St. Lucia in February of 2020 to represent St. Vincent and the Grenadines in the Courts OECS Reading Competition, of which St. Lucia is the defending Champion.

The SVG Leg of the Competition was won by the Lodge Village Government School, which was represented by Janiele Stowe.