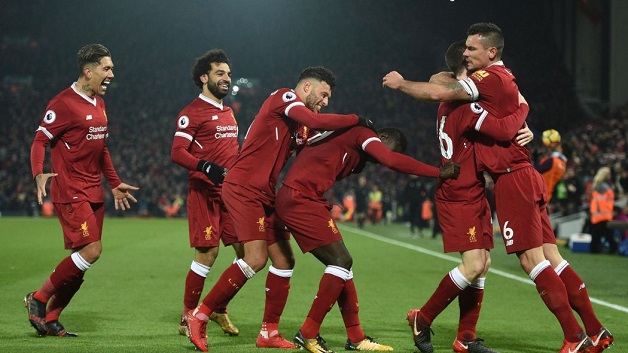 Manchester City lost a Premier League game for the first time this season as Liverpool edged a thrilling encounter with the league leaders at Anfield.

The Reds scored three times in a rousing eight-minute spell in the second half to go 4-1 up, and then clung on after City scored twice in the last six minutes.

Jurgen Klopp’s side – playing their first game since Philippe Coutinho’s 142million British Pounds move to Barcelona – deserved their victory as they ended City’s hopes of going through the league season without losing, and extended their own unbeaten run to 18 games.

While the Reds’ top-four challenge goes from strength to strength, City can still reflect on a 15-point lead over Manchester United, who host Stoke on Monday.

Liverpool goes above Chelsea into third place after extending their unbeaten run to 18 matches in all competitions.