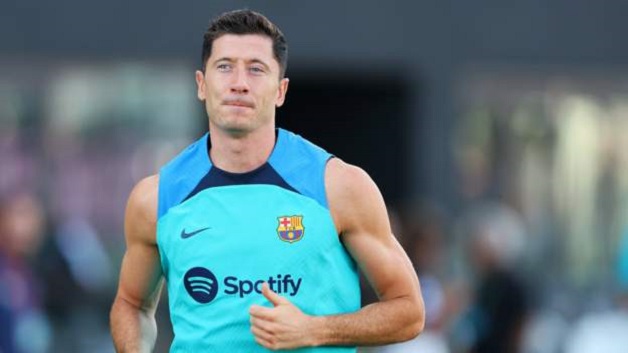 The 33-year-old had one year left on his contract with the German champions but in May said: “My story with Bayern is over”.

He has joined his new team-mates in Miami as part of Barcelona’s four-match tour of the United States.

Lewandowski, who has a buyout clause of 500m euros (£425.9m), joined Bayern on a free transfer in 2014 after his departure from Borussia Dortmund.