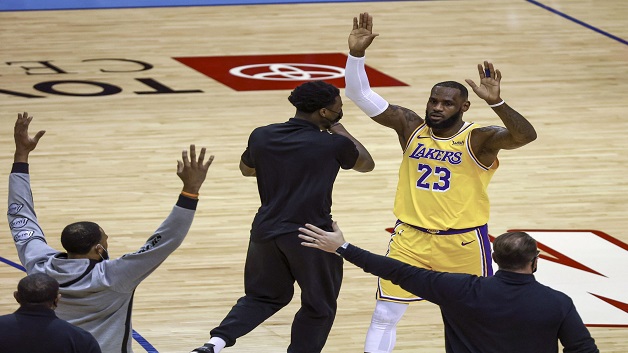 LeBron James marked his 1,300th NBA regular-season game by helping the Los Angeles Lakers to a 117-91 victory over the Golden State Warriors.

James, who has won championships with three franchises, had 19 points plus six rebounds, four assists, two steals and two blocked shots in 24 minutes.

He sat out all of the fourth quarter along with the rest of the starters from both teams as the Lakers closed out a dominant victory.

It avenged a narrow loss in January.

The Lakers are still without star forward Anthony Davis but have now won two in a row after a run of five defeats in six games.