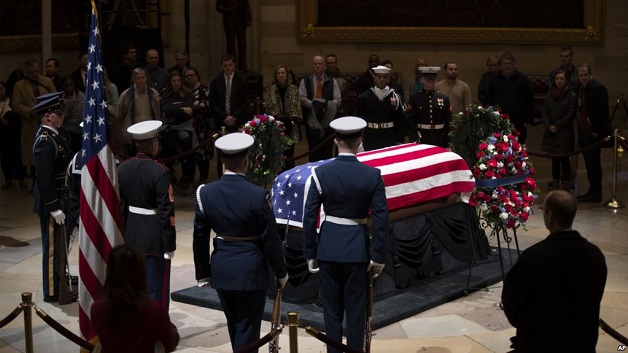 World leaders and dignitaries are arriving in the US to pay their respects at the state funeral of former President George HW Bush.

The body of Mr. Bush, which has been lying in state at the US Capitol, will be moved to the National Cathedral later today for the funeral.

His son, ex-President George W Bush, will deliver one of the eulogies.

He will be buried in his home state of Texas, alongside his wife, Barbara.