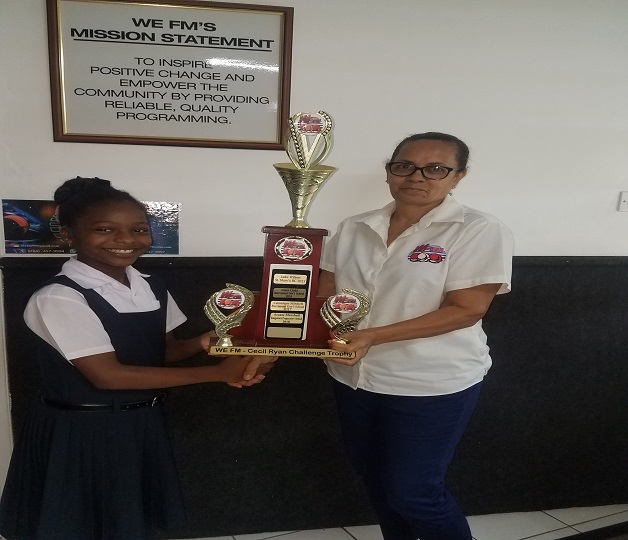 Represented by Kathryn Miller – the KPS retained its title after having won last year’s competition.

The other participating School was the Calliaqua Anglican Primary School, represented by N’Kenna London.

Hosted by We FM Radio 99.9, the competition aired live on Monday 21st October, was done in the form of a quiz among Grade 6 primary school students.

During the competition, each student was questioned on General Knowledge, National History, Heritage and Independence of St. Vincent and the Grenadines.

The Civics Competition is held in the month of October to coincide with the celebration of St. Vincent and the Grenadines anniversary of Independence.

Grenadian arrested and charged for Possession of Ammunition