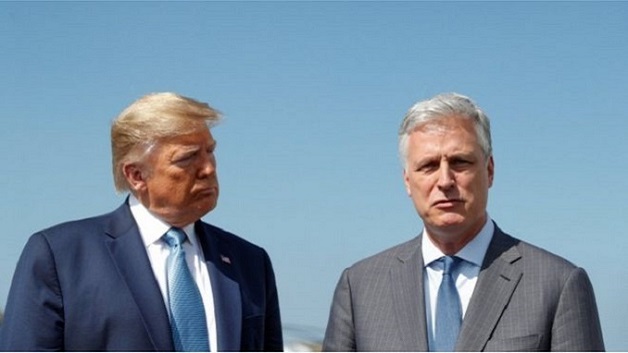 Mr. O’Brien has been self isolating and working from home.

The aide has mild symptoms and there was no risk of exposure to President Trump or Vice President Mike Pence, statement said.

Mr. O’Brien is the highest ranking official in the Mr. Trump’s administration known to have tested positive for the virus.

It is not clear when he and the President last met last, but they appeared together two weeks on a trip to Miami.