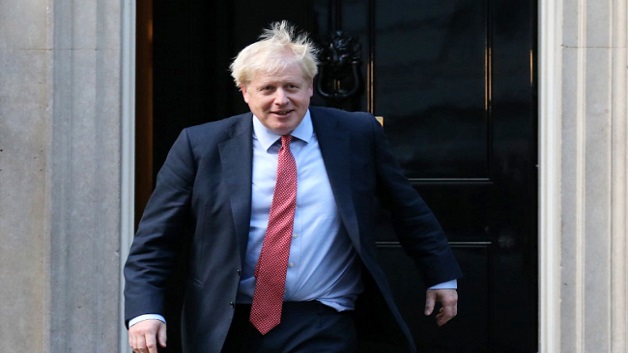 Johnson said he was prepared to intervene with President Donald Trump to secure the woman’s return to Britain to face investigation over the death of 19-year-old Harry Dunn.

“I do not think that it can be right to use the process of diplomatic immunity for this type of purpose,” the prime minister told reporters on a visit to a hospital.

“I hope that Anne Sacoolas will come back and will engage properly with the processes of law as they are carried out in this country.”

Dunn was killed on August 27 when his motorbike collided with a car near a Royal Air Force base in Northamptonshire in central England, which is used by the US military as a communications hub.

He was hit by a Volvo SUV travelling in the opposite direction, police said, adding only that they were treating an unnamed 42-year-old US woman as a suspect.

The US Embassy in London last weekend confirmed the vehicle had been driven by the wife of one of its diplomats, who had now left the country.

On the question of lifting diplomatic immunity, the mission said it was “rarely waived”.

The embassy was in “close contact” with UK officials. But it said it “will not comment on the identity of the driver”.

Media identified her husband as Jonathan Sacoolas, who worked at RAF Croughton, near the town of Brackley, which is home to the 422nd Air Base Group.

Barbados Prime Minister says he will meet with Unions and Private Sector, but not...