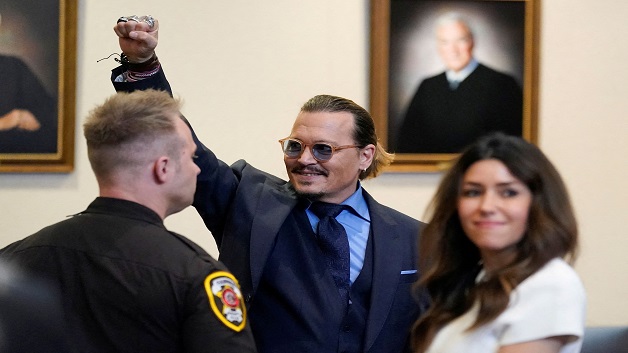 Johnny Depp won a defamation suit on Wednesday against his former wife Amber Heard after a jury found that she had defamed Depp in saying that he had abused her over the course of their relationship.

Depp, who was not in court Wednesday due to a previously scheduled work commitment, sued for $50 million in damages over a 2018 opinion-editorial essay by Heard in The Washington Post, in which she said she had become a “public figure representing domestic abuse.”

Although the essay never mentioned Depp by name, his attorneys said it indirectly referred to allegations she made against him during their 2016 divorce.

The jury unanimously found that Heard could not substantiate her allegations against Depp and that she knew her claims of abuse were false when she published her 2018 essay.

The jury determined that Heard acted with actual malice when writing her op-ed. The jury awarded Depp $10 million in compensatory damages and $5 million in punitive damages in his defamation suit.