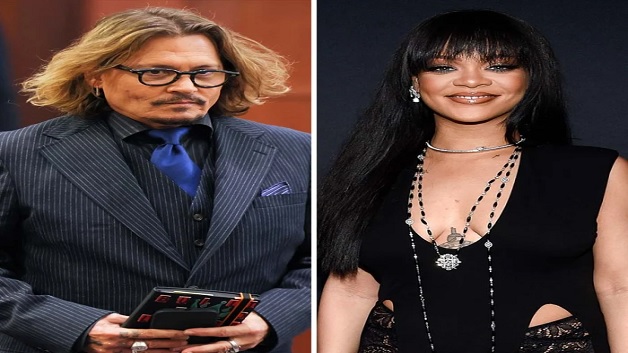 Johnny Depp has a surprise collaboration with Rihanna in the works.

While several celebrities have walked for Rihanna before, Depp will make history as the “first male to take part in this ‘star’ moment, previously done with Cindy Crawford and Erykah Badu in past shows,”

The event has already been taped for Amazon Prime Video, but Savage X Fenty just confirmed a list of celebrities who will be modeling for the “Lift Me Up” singer.

The long list of stars that will be featured in Savage X Fenty apparel includes Cara Delevingne, Joan Smalls and Taraji P. Henson, among many others.

It was confirmed that Depp did not shoot his appearance with any other celebrities.

In the past, women, including Paris Hilton, Emily Ratajkowski and Vanessa Hudgens, have modeled the fashion-forward undergarments.

Since the ruling in Depp’s defamation case against ex-wife Amber Heard, in which the actor was awarded over $10 million in damages, he has been signing on to additional deals and making more appearances.