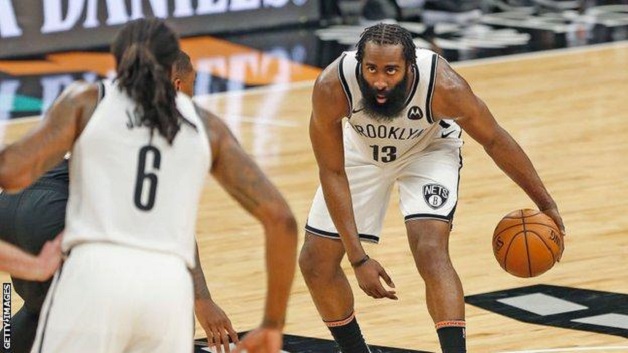 Harden’s display helped secure a ninth win in 10 matches and a first success on the road at San Antonio since 2002.

It was his seventh triple-double since moving from the Houston Rockets to join the Nets in January.

Harden’s former Houston team fell to their 12th consecutive defeat, their worst run since the 2001-02 season.