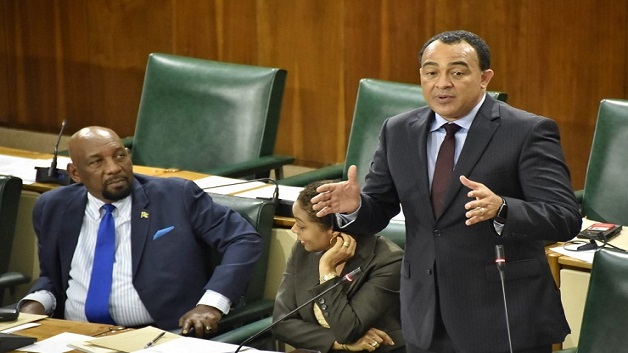 Jamaica’s war on sugar will not only target the sale of sugary drinks in all early-childhood, primary-level and secondary-level institutions in the country, but by vendors outside schools and companies involved in providing beverages for those schools.

This was disclosed on Tuesday by Minister of Health Dr. Christopher Tufton when he told Parliament that Cabinet had approved the interim guidelines for beverages in schools, which will not only help to improve the dietary intake of children but also set the stage to reduce the burden of non-communicable diseases (NCDs) which account for 78 per cent of Jamaicans who die each year.

Minister Tufton noted that the evidence shows that the link between sugar-sweetened beverage consumption and childhood obesity and NCDs in later years is consistent and compelling, requiring an urgent response.

The guidelines place a limit on sweetened beverages above a defined maximum sugar concentration sold and served, in all public educational institutions that serve age groups from infancy to 18 years.

They also place a limit on sweetened beverages above a defined maximum sugar concentration sold and served by all persons, companies or groups involved in the provision of beverages to these institutions, including but not limited to canteen operations, concessionaires, vendors, teachers, school administrators and students.

Cristiano Ronaldo to give island as wedding present