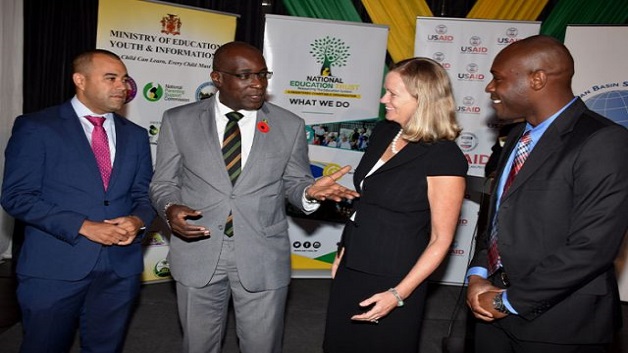 Jamaica is to benefit from a US$4-million improved Safety and Security in Schools Project aimed at reducing the crime level among the nation’s youth.

The initiative, targeted at youth between the ages of 10 and 29 years, including 981 primary and secondary schools, and 50 communities, was launched during a breakfast meeting at the Spanish Court Hotel in New Kingston on Wednesday.

It involves collaboration among the Minister of Education, Youth and Information, the United States Agency for International Development (USAID) and the National Education Trust (NET).

The project will be undertaken over two years with US$3 million in funding from USAID and $1 million from the Government of Jamaica.

According to the Jamaica Observer, Education Minister, Senator Ruel Reid, in his address at the launch, said education is one of the best ways to reduce crime in Jamaica.

Reid said that not only will the project have a ripple effect on crime at the national level, but is a major investment in Jamaica’s education system.

Jomo Thomas to be elected Speaker of the House

17-year-old student in Jamaica being questioned in relation to threats sent to teacher via...

High profile corruption trial to open in Turks and Caicos