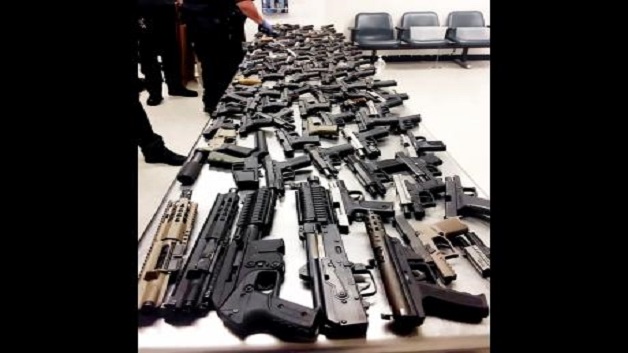 Police in Jamaica yesterday searched the house of the woman who has been detained in connection with last month’s gun bust in Miami.

In addition, detectives from the Counter Terrorism and Organised Crime branch (C-TOC) searched several of her relatives’ homes in Montego Bay, St. James as the probe into the massive gun and ammo find intensified.

On Monday, the woman surrendered to C-TOC branch on Orange Street in Kingston at approximately 9:00 am. She was subsequently detained on reasonable suspicion of conspiracy to import guns and ammunition.

According to the Jamaica Observer, her attorney, who made an unsuccessful habeas corpus application in the Kingston and St. Andrew Parish Court on Tuesday for her to be charged or released, said he will be renewing his application today.

Her detention came on the heels of the 119 guns and 267 rounds of ammunition seized at Miami Airport in Florida on November 13. The illegal shipment was destined for an address in Montego Bay, St. James, Jamaica.