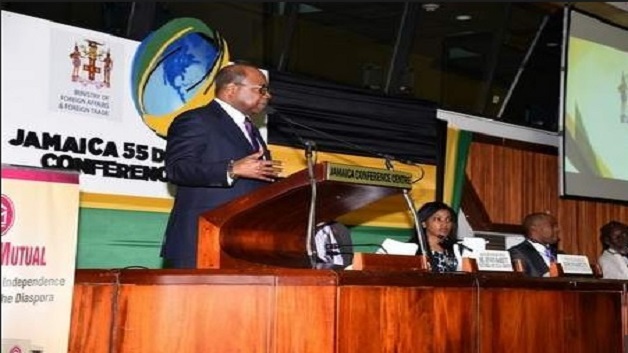 Jamaica’s Minister of Tourism Edmund Bartlett says the Tourism sector is on course for “record -breaking growth” this year.

Bartlett who was addressing Wednesday’s session of the Jamaica 55 Diaspora Conference said revenue earnings for the first half of the year is estimated at US$1.84 billion, which is an increase of over eight per cent compared to the first six months of 2016.

He said the country welcomed 2,165,330 visitors up to the end of June this year, which is 3.9 per cent higher than the corresponding period last year.

The strong sector performance since the start of the year builds on the successes of 2016, when the sector expanded by an unprecedented four per cent, and welcomed over 3.84 million visitors in total.