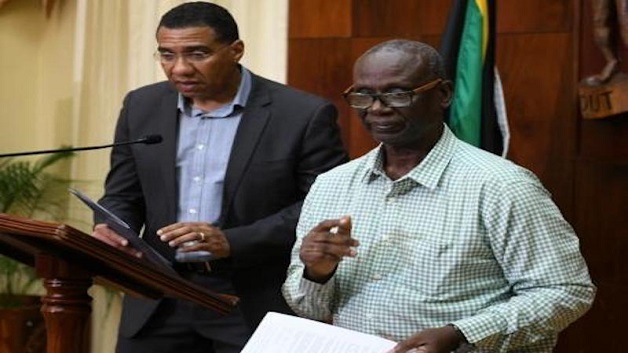 Jamaican Prime Minister Andrew Holness has declared the island a disaster area because of the threat of coronavirus infection.

According to the Jamaica Observer, Holness made the announcement at a press conference, noting  that the country is trying as hard as possible to contain the spread of COVID-19, and as such the Government has activated the  2015 Disaster Risk Management Act, the Emergency Powers Act and the Public Health Act.

The latest measures to combat the virus outlined by the government include putting part of the island under quarantine and recruiting retired medical professionals.

Jamaica has so far reported 15 cases of coronavirus infection.

Already, the Seven and Eight Miles communities of Bull Bay, St Andrew have been declared a quarantine area.

Soldiers and police have been deployed there to restrict movements in an out of the communities.

US set to withdraw all diplomatic staff from Venezuela