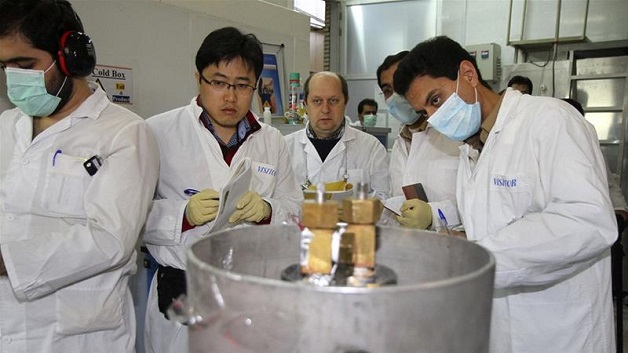 Iran will inform the United Nations nuclear watchdog in Vienna today of its plan to begin the process of increasing the country’s uranium enrichment capacity within the limits of the nuclear agreement, the country’s atomic energy agency spokesman has said.

Behrouz Kamalvandi told ISNA news agency Iran had the capacity to accelerate production of centrifuges, which are used to enrich uranium.

“The leader meant that we should accelerate some process … linked to our nuclear work capacity to move forward faster in case needed,” Kamalvandi said, referring to Supreme Leader Ayatollah Ali Khamenei.

But he also emphasised that it will be within “the framework provided” by the Joint Comprehensive Plan of Action (JCPOA), also known as the nuclear deal signed in 2015.