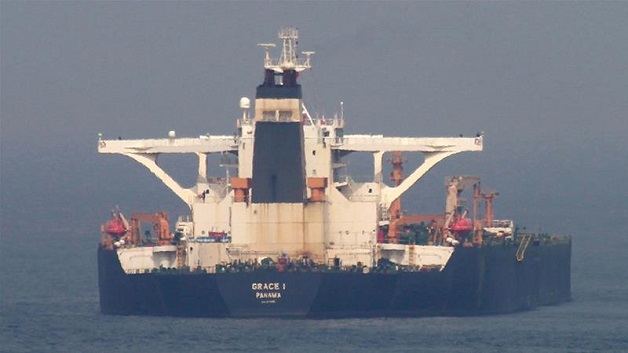 Iran has announced that the United Kingdom might free its seized oil tanker – after some documents were exchanged that would help secure its release.

According to Al Jazeera News – British Royal Marines stopped and seized the vessel off the shore of Gibraltar – on suspicion it carried Iranian crude oil to Syria – in breach of European Union sanctions against the government of Syrian President Bashar al-Assad.

Jalal Eslami, the deputy head of Iran’s Ports and Maritime Organization, was quoted as saying by the official IRNA news agency on Tuesday – that Britain is interested in releasing Iran’s oil tanker Grace 1 … and following the exchange of some documents, they hope the release will take place soon.

Today Gibraltar said it was seeking to de-escalate issues arising with Iran since the detention of Grace 1.