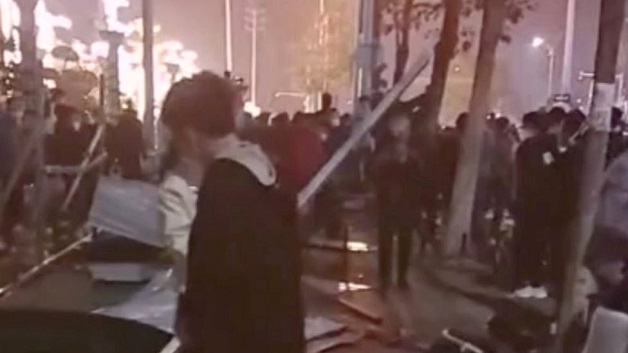 Apple supplier Foxconn has apologised for a “technical error” in its payment systems, a day after its iPhone factory in China was rocked by angry protests.

Videos had showed hundreds of workers marching at the world’s biggest iPhone factory in the city of Zhengzhou (jungjow), with complaints over Covid restrictions and claims of overdue pay.

Those livestreaming the protests said workers were beaten by police.

According to a report by the BBC, the situation had since been resolved.

Last month, rising Covid cases saw the factory locked down, prompting some workers to break out and go home. The company then recruited new workers with the promise of generous bonuses.

But one worker said these contracts were changed so they “could not get the subsidy promised”, adding that they were quarantined without food.