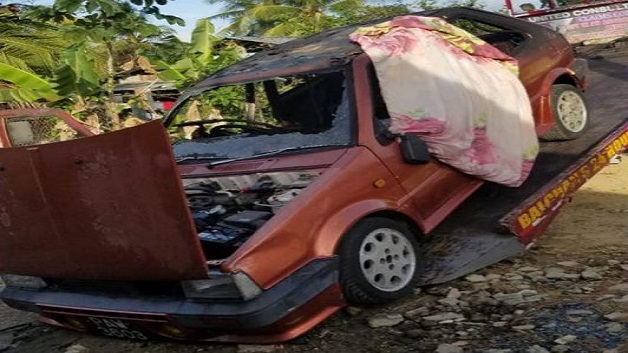 An infant boy in Trinidad who fell asleep in the back seat of his father’s car, died on Friday afternoon when the vehicle suddenly burned.

Three-year-old Prince Francette suffered 100 per cent burns, and by the time he was taken to hospital, he was unresponsive.

According to the Trinidad Express, the boy died within hours.

Police were told that at around 2 p.m. the child crept into the family’s car at their home, while his father Justine Francette was working on the vehicle – a Nissan March.