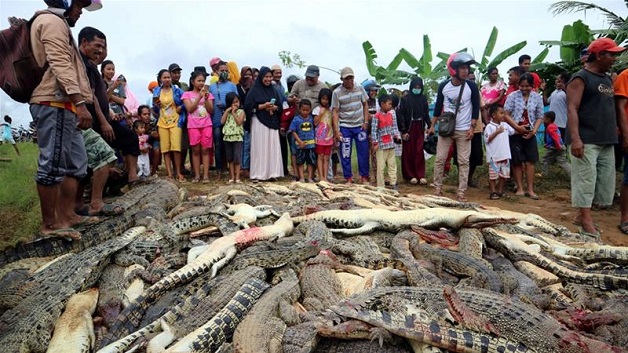 Indonesian villagers armed with knives, hammers and clubs have slaughtered 292 crocodiles in revenge for the death of a man killed by a crocodile at a breeding farm, according to an official.

According to Al Jazeera News agency, the head of Indonesia’s Natural Resources Conservation Agency in West Papua said the 48-year-old victim had entered the crocodile farm and was likely picking grass for animal feed when he was attacked.

After the burial of the man on Saturday, villagers entered the farm and killed all the crocodiles.

US to close Palestinian mission in Washington