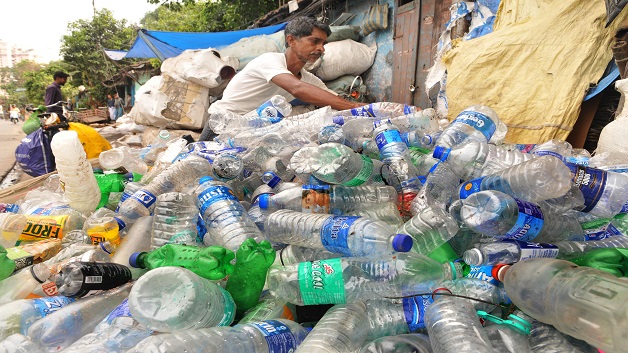 India, the Global host of World Environment Day this year, went big in its commitment to Beat Plastic Pollution with an announcement yesterday to eliminate all single-use plastic in the country in the next four years.

The move, described as unprecedented and ambitious, is expected to drastically stem the flow of plastics from 1.3 billion people and business in the fastest growing economy in the world.

Prime Minister Narendra Modi hailed World Environment Day as the start of a global movement to defeat single-use plastics, highlighting India’s rapid economic development can be done in a way that is sustainable and green.

Solidifying India’s leadership on global sustainability, Minister of Environment, Forest and Climate Change Dr. Harsh Vardhan pledged to “achieve the India of our dreams”, announcing that single-use plastics would be banned in all Indian states by 2022.

Meanwhile, the UN said yesterday that up to five trillion grocery bags are used each year and like most plastic garbage barely any is recycled, as it warned the world was choking on trash.

In a report for World Environment Day, the UN warned at current levels the earth could be awash with 12 billion tonnes of plastic trash by the middle of the century.

Legacy of Nelson Mandela should inspire persons to be active and responsible citizens, says...