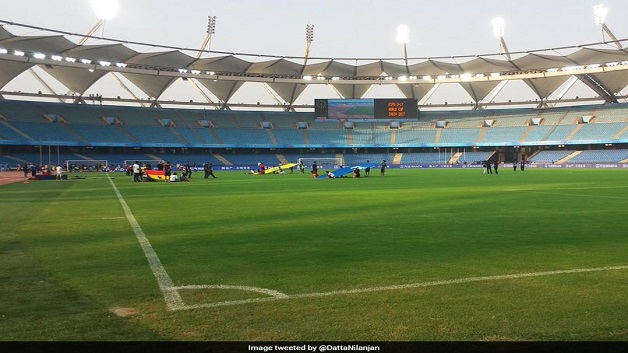 India has given away 27,000 tickets to the opening games of the FIFA U-17 World Cup to fill empty stands, an official said today, in a desperate bid to avoid an embarrassing repeat of the 2010 Commonwealth Games.

The under-17 World Cup, which kicks off today, marks India’s first attempt at hosting a FIFA tournament, but sales for the high-profile event have been poor, despite some seats costing less than a dollar.

According to AFP News, organisers were scrambling to ensure that the 56,000-capacity Jawaharlal Nehru Stadium in New Delhi appears packed when Prime Minister Narendra Modi attends the opening games which will see India play the United States.

The event, which runs until October 28, has been dogged by bad news, with Greenpeace issuing a report on Wednesday that said the poor quality of air in India’s pollution-clogged cities poses a “serious health risk” to players and spectators during the tournament.

Twenty-four nations are competing in the event, which is being held in New Delhi, Mumbai, Goa, Kochi, Guwahati and Kolkata.

Fears of war between the US and Iran intensifies after a US drone was...