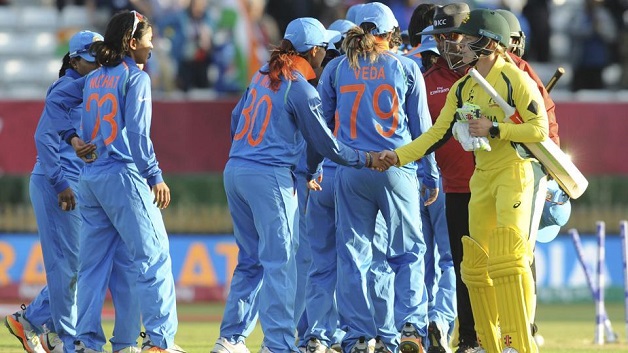 India are through to take on England in the ICC Women’s World Cup final after defending champions Australia fell 36 runs short of their victory target in a dramatic semi-final at Derby on Thursday.

Har-man-preet Kaur’s smashed an unbeaten 171 – the highest score by an India player at a World Cup – as they made 281-4 from their rain-reduced 42 overs.

A big-hitting cameo from Alex Blackwell (90) gave Australia hope but they were bowled out for 245 with 11 balls left.

India will face England in Sunday’s sold-out final at Lord’s.

Super Bowl winner facing up to 25 years in jail