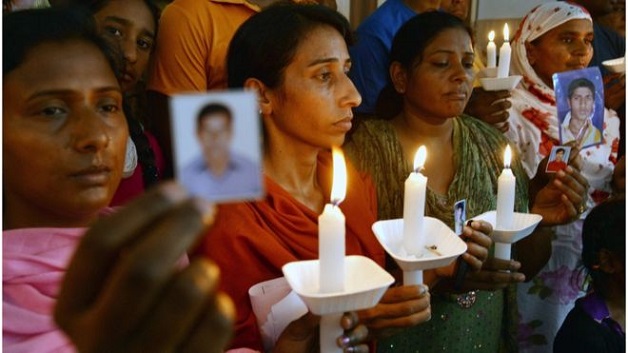 India has confirmed the deaths of 39 construction workers kidnapped by Islamic State militants (IS) in Iraq.

According to BBC News, Foreign Minister Sushma Swaraj said the DNA of 38 workers matched with bodies found in a mass grave.

Since the kidnapping in Mosul in 2014, the Indian government had always maintained that they were alive.

India was engaged in prolonged efforts for their release and even sought Iraq’s help in locating them after Mosul was recaptured last year.

Ms Swaraj added that it was highly likely that the body of the 39th worker had also been found but she said that it was a 70% match.

She confirmed the deaths while speaking in the upper house of parliament earlier today.