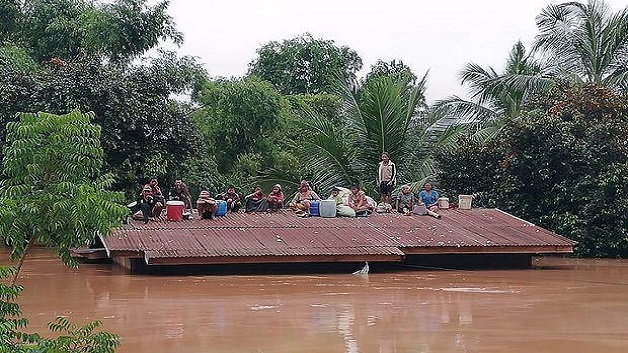 Hundreds of people are missing and an unknown number dead after a dam under construction collapsed in south-east Laos (louse), the state media reported.

More than 6,600 people have been made homeless.

According to BBC News, construction of the dam began in 2013 and it was due to begin commercial operations next year.

The main Thai stakeholder in the project, Rat-cha-buri Electricity Generating Holding, said it had received a report from the dam’s operator that a “saddle dam”, measuring 770 meters long and 16 meters high, had collapsed.

It said continuous rainstorms had led “a high volume of water” to flow into the reservoir.