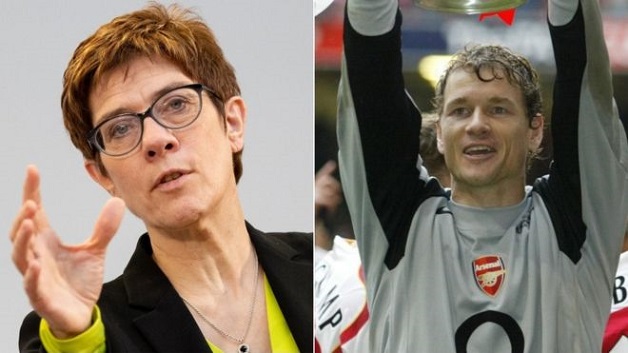 Leading German figures have written to the UK asking it to stay in the EU.

The letter, published in the Times, is signed by 31 people, including the leader of the Christian Democratic Union – and likely successor to Angela Merkel – and former Arsenal goalkeeper Jens Lehmann.

They cited post-work pints and pantomime as beloved British habits.

But the UK’s role in post-war Europe is the focus of the signatories calling for Britain to stay.

The letter – also signed by the chief executive of Airbus, Thomas Enders, and punk singer Campino – said the UK had helped define the European Union as a community of “freedom and prosperity”.

UN urges Trump not to walk away from Iran nuclear deal

SVG and US governments to sign Air Services Agreement

Four Palestinians killed after attacks on Israelis in West Bank