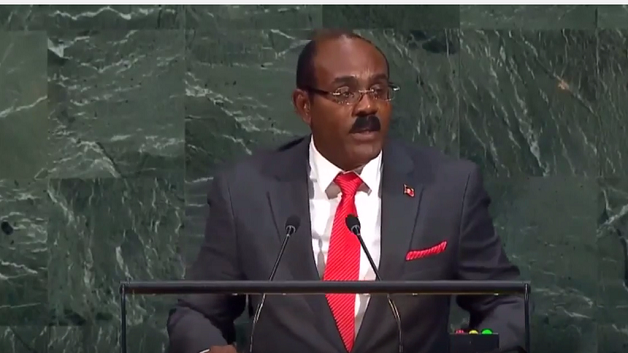 Antigua and Barbuda’s Prime Minister, Gaston Browne, has described the high cost of regional transportation as “the greatest irritation” to Caribbean citizens.

“They are rightly infuriated at the high cost of travel in the region, and the profound difficulties to direct travel between our countries,” said Browne, adding that “most frustrated of all is our business community.”

He argued that even if we solve all the technical issues that permeate establishing the Caricom Single Market and Economy (CSME), CARICOM will achieve nothing, unless the means to transport people and goods across our region are implemented.

“As far back as 1992, the West Indian Commission made the telling point that ‘West Indian integration would wither on the vine and die without adequate sea and air transportation services”.

The Commission went on to say that ‘the matter is, in the most profound and fundamental sense, at the very heart of the integration process itself.’
That observation has grown in relevance in the passing years,” Browne added.

He was delivering his remarks at the 39th Regular Meeting of the Conference of Heads of Government of CARICOM at the Montego Bay Convention Centre in Jamaica on Wednesday night.

He told the gathering that the leadership of the Caribbean Community cannot continue to abdicate responsibility for ensuring the availability of reliable and regional air and sea transportation.

Meek Mill threatens Drake “Bullets for you and the whole OVO”