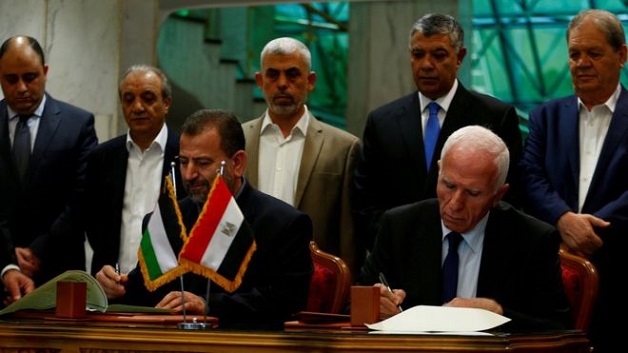 The United States says the militant Islamist movement Hamas must lay down its weapons if it is to play a part in a new Palestinian government.

According to the BBC news, Hamas, which dominates the Gaza Strip and the rival Fatah faction, recently agreed to end years of bitter division.

Israel, which like the United States considers Hamas a terrorist organisation, said it will not deal with a Palestinian government that “relies on Hamas.”